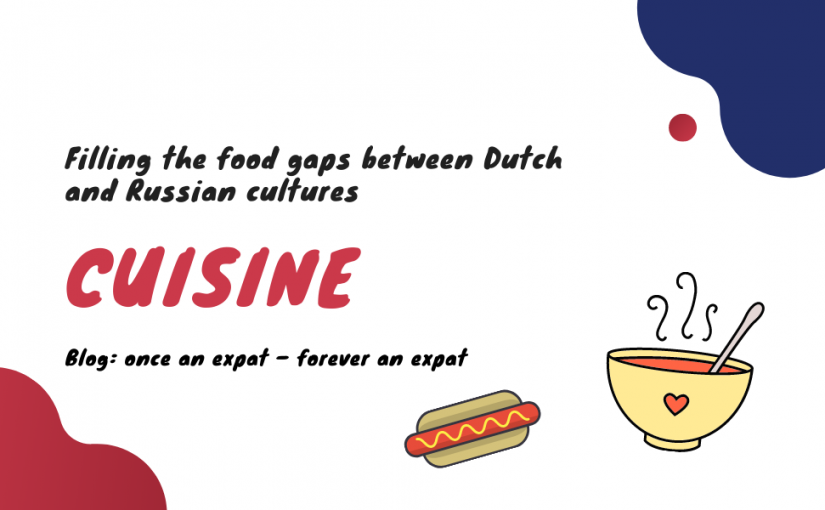 After living in St-Petersburg for more than a year, I’ve noticed some major cultural differences including eating habits preferences between the West and the East. In particular, Dutch and Russian food culture gap.

How much do we value breakfast? Why Russians are so fond of soup while Dutch just would grab a simple sandwich instead of a hot meal? Is everything about dinner for Dutch? What to expect from Dutch people while giving a call during dinner time? As for me, I’d think more than twice.

We have to admit that food culture plays a crucial role in our societies. For instance, French do like to prolong their dinner time not only for the sake of degustating sophisticated meals but also to spend half of the diner time talking. Now you understand why French people have an excuse to start dinner relatively late? It does take an effort and requires having an immense source of energy to be done with a festive table preparation for a family or friends every day at 8:30 PM. Inhabitants of Northern Europe and the UK region start dinner the earliest among Europeans. Starting dinner before the sunset saved to Northerners quite some money before Edison came up with a genius invention called electricity. 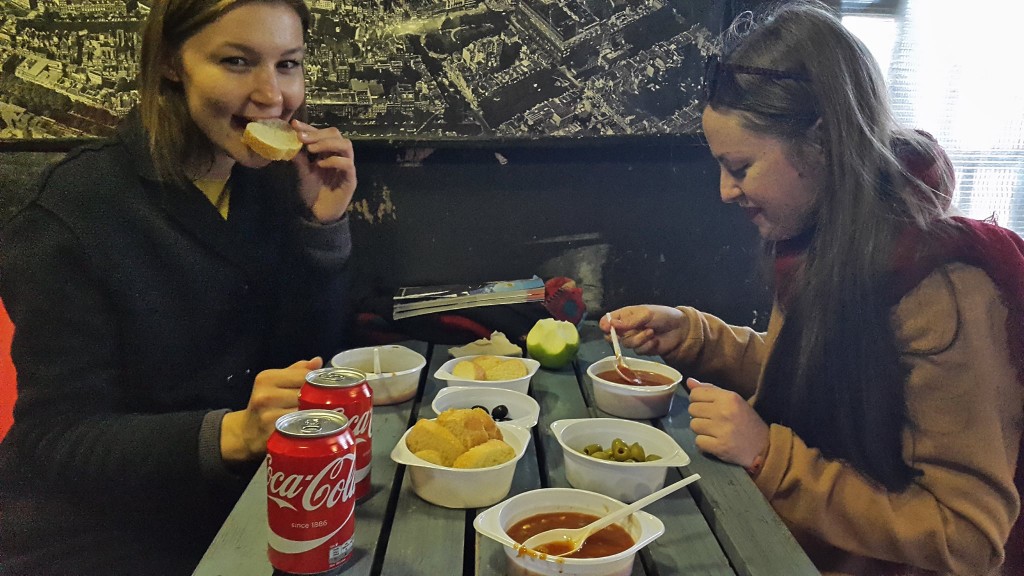 At the beginning of my integration into Dutch society, I was full of enthusiasm to discover the new culture including a weird tradition of having a dessert for breakfast. I mean, chocolate sprinkles going along with a fat layer of butter on a slice of bread can hardly be seen as breakfast in Russia. I believe, the majority of adults in post-Soviet countries still can’t recover from a childhood trauma of being forced to eat an absolutely disgusting portion of porridge. Semolina porridge or “Manka” in Russia is ranked the highest in the category “The most tasteless meal” by the majority of kids in a kinder garden. Taking hell loads of effort to get rid of these nasty lumps? An absolute disgrace for a porridge family.

I guess I’m a bit jealous of Dutch childhood and their ability to consume chocolate (hagelslag) for breakfast without any shade of shame. Freedom of choice to each and everyone right from the nappies time!

There goes the cult of bread – a real-life Dutch saver if you doubt your cooking skills.

“A sandwich a day keeps a doctor away”. 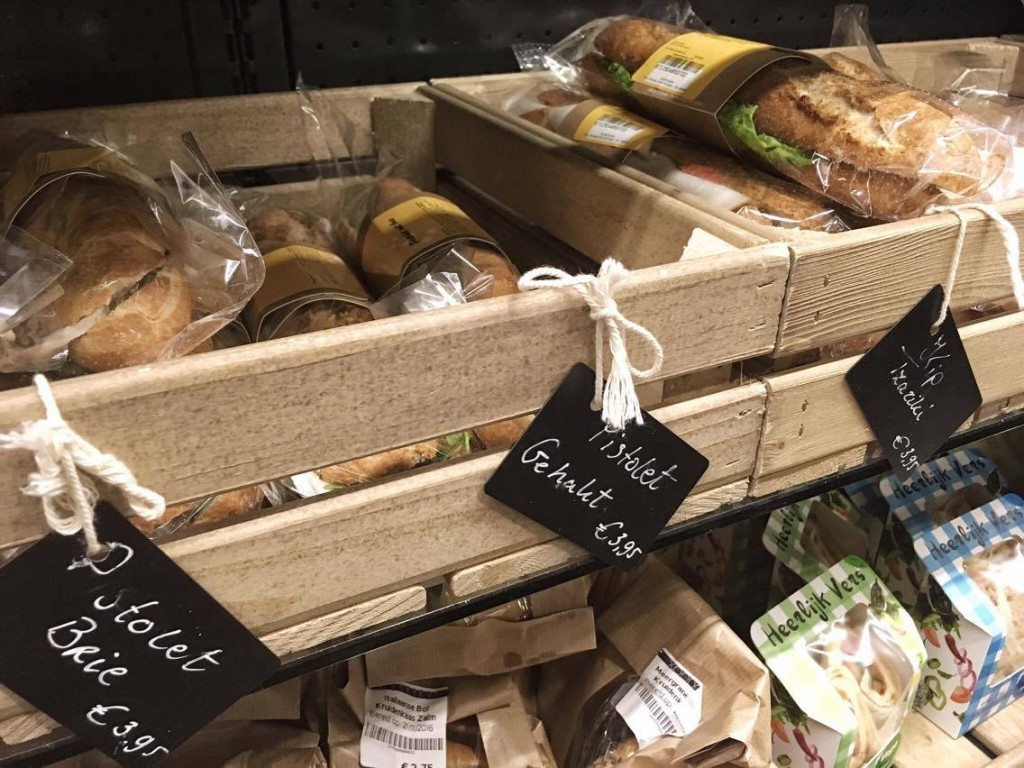 Let me give you a hint regarding some lunch options popular among not only students but … wait for it … even professors and the director of the faculty!  It’s full of carbs and usually tasteless.

The right answer is s_ _dwich. Fill in the gaps for yourself.

I got a warning sign from the very beginning that all the food in a student canteen is awful and ridiculously overpriced. I mustered all the courage I had to pursue a healthy lifestyle but gave up after a week or so. I stayed calm and made the first sandwich. This precious thing had to survive in a backpack till lunch break so it did require a special treasure box called a sandwich container. I asked my Dutch classmates to share an expert opinion on this sensitive topic. They sent me to “Action” to do a purchase like this. An absolute leader in the list of “Most useful shops” in The Netherlands. Lekker, toch? 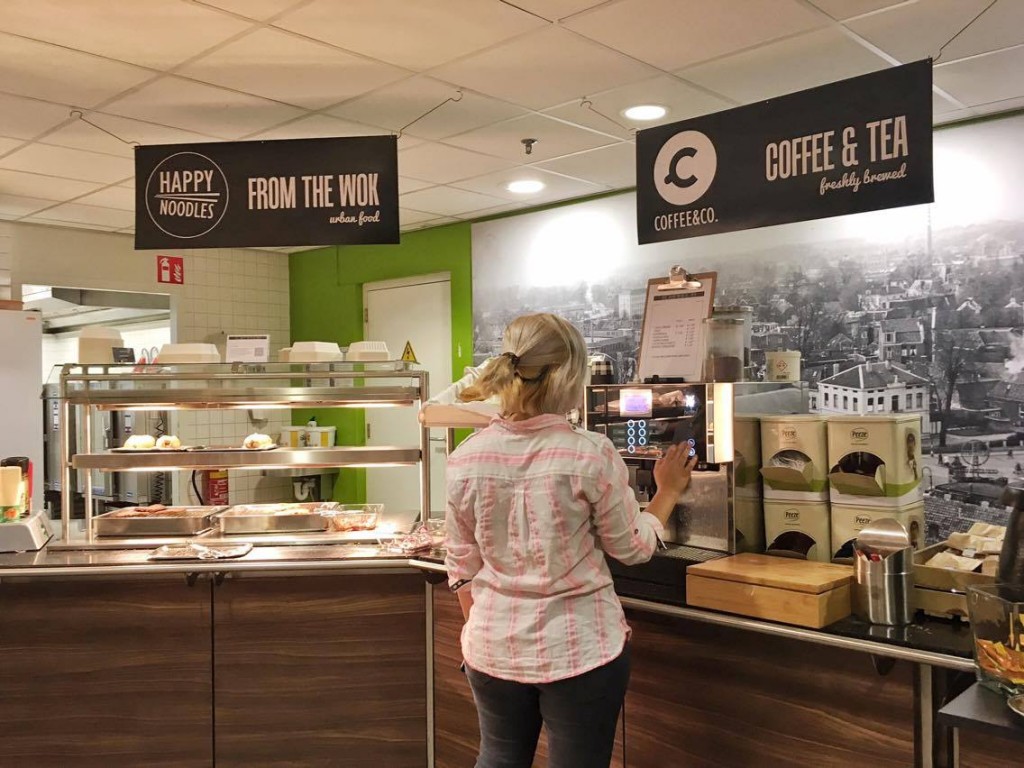 I did have a sandwich crisis when I realized I run out of options to try something new: tuna and lettuce seasoned with a garlic sauce, Pindakaas cheese mixture flavored with some hagelslag on the top. My sandwich experiment has failed nearly after the first exam session: the feeling of despair catches the senses while you standing in front of a bread section in a local supermarket. Is there any other option to choose except dark, mid-dark and white bread? God saves French boulangerie! Honestly, I have no clue where does Dutch bread pride comes from? After some time it felt like nothing more like chewing a pile of freshly-cut grass all over again.

Once I started my career path in an office environment, the food scenery didn’t change significantly. Perhaps the canteen looked a bit more decent and even more overpriced. How do you identify a Slavic person in your office building? It’s a cakewalk, just wait for a lunch break and follow their direction: 99,9% of them end up queuing for a bowl of freshly boiled soup and some other hot meals served for some weirdoes like Russians! Who else would get a nickname – Soup girl rather than me? Take my word and become mates with a canteen chef cook, it’s an easy way to get provided with some home-made delicious soup every day. 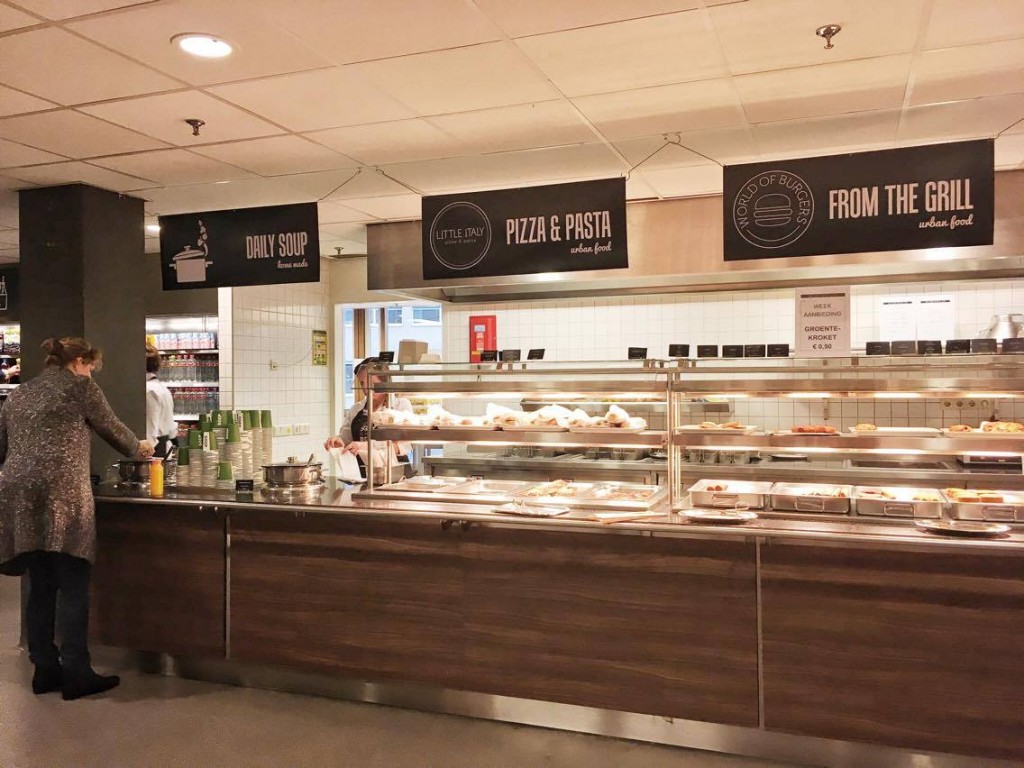 Let your Dutch colleagues eat their sandwich, they are always “Echt Druk” to leave the office for lunch. Guess who stays out at work late, while your Dutch colleagues rush home right when the clock hits 5 P.M.? There is no right way to have a lunch break but there are priorities you set for yourself. Stay productive and stay hungry or.. _________ fill in the gap the way you think it right.